SUMA Federal Credit Union was organized by a small group of Ukrainian immigrants who settled in Yonkers after World War II and realized that that there was a growing need for financial services in order to improve the quality of life for their families. It is interesting to note that an early form of credit union existed in Ukraine in the latter half of the 19th century. These “cooperatives” enabled Ukrainians to pool their resources, to obtain less expensive loans and insurance, and to pay less for products such as farm equipment.
Community activist Wolodymyr Czerewko initiated discussions for a Ukrainian ethnic credit union in Yonkers at the annual meeting of the Ukrainian Youth Center on March 22,1962. This general meeting led to the formation of a working committee comprised of: Wolodymyr Czerewko, Walter Kozicky, Michael Shashkewych and Stephan Szulhan Sr.   Walter Kozicky was designated as liaison to deal with all governing authorities to ascertain the requirements to make this idea into a reality. In accordance with National Credit Union Association requirements, the Ukrainian American Youth Association, Yonkers Branch, was chosen to be the credit union’s sponsor. A temporary board of directors was formed and operations began at 417 Nepperhan Avenue, in a space not much larger than a closet. With Walter Kozicky and Sviatoslav Kocybala serving as operating staff, and using shoe boxes for cash boxes, the credit union opened for business in September of 1964. In short four months, by the end of 1964, the credit union had assets of $25,620 and 82 members. 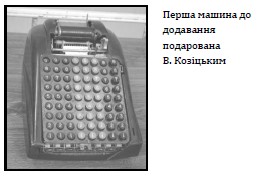 At the first annual meeting in January of 1965, a new board was elected. Walter Kozicky served as Chairman of Board and President for six years until operations relocated to the newly constructed Ukrainian Youth Center at 301 Palisade Avenue. For the next 31 years, under the stewardship of Lew Futala, as President and Chairman of Board, SUMA Federal Credit Union enjoyed significant growth and success, including establishing branch offices in Spring Valley, New York, as well as Stamford and New Haven, Connecticut. Due to this growth, it soon became necessary for the credit union to expand its facilities for retail operations and headquarters. The Board of Directors of SUMA Federal Credit Union, with the strong support from municipal representatives, especially Mayor Amicone and the Yonkers IDA, in recognition of the deep roots of SUMA Federal Credit Union within the community, proudly announced its decision to have its headquarters remain in Yonkers.
With Walter Kozicky once again at the helm as President and Chairman of Board, a new three-story corporate office building located at125 Corporate Boulevard in the South Westchester Executive Park was completed in 2003.
In 2010, board member Andrij S. Horbachevsky was elected as the current Chairman of the Board. In 2015, Roman G. Kozicky was selected for his executive position as our current President and CEO.
Through their direction,  SUMA FCU has continued its dedication to providing the best services for their members as well as the tradition of outreach to the community.  SUMA FCU continues to be a leader among credit unions with its services as well as its internet and mobile banking applications that continue to make account access effortless from anywhere in the world our members may live or work.
In 2021, SUMA FCU's charter was amended to include membership availability for parishioners of St. Michael the Archangel Ukrainian Catholic Church in Yonkers, NY.

SUMA FCU historically provides the highest savings rates and the lowest loan rates - and has eliminated annoying fees (unlike those big banks*) - in the interest of helping you along your financial path because, as a member, you are also an owner of this credit union.

Plus, by banking with SUMA FCU, you are directly supporting your local churches, youth groups and cultural institutions - allowing them to continue making an important difference while enriching all our lives. Your membership has allowed SUMA FCU to donate millions of dollars since our inception to these beloved local institutions.

Visit our local branches or use our award-winning desktop and mobile banking applications safely from your home or on the road, anywhere in the world. Transfer funds and make payments or deposits quickly and securely. Abundant no-fee ATMs, our low-interest and high-reward credit/debit cards, and eWallets make cash access frictionless.

Questions for SUMA FCU? We are always just a call, click or a text away

*We also actively protect your privacy and will never sell your information to third parties. 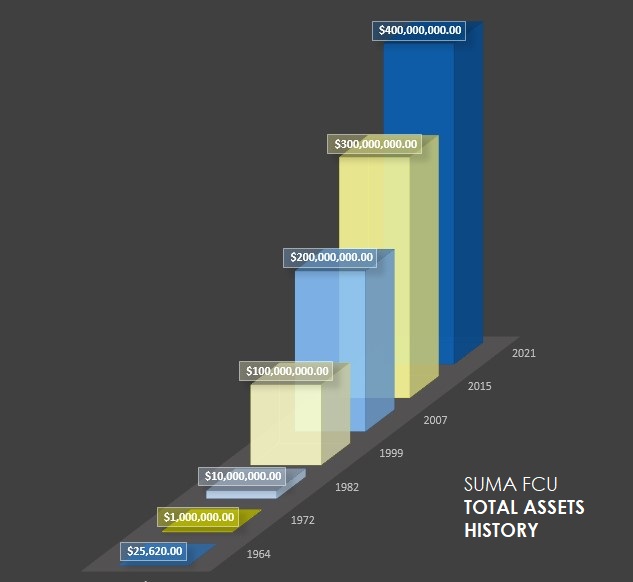 What is the meaning behind our SUMA FCU logo, you might ask?

The light blue and yellow originate from the colors of the national flag of Ukraine - the beloved ancestral home of our founders, many of our members and our community at large. We reference that same open blue sky in our logo and also feature symbolism for the flowing and fertile wheat fields that are found in much of Ukraine. The wheat fields additionally represent both growth and wealth - essential benefits we endeavor to provide you as a valued member of our SUMA Federal Credit Union.

TEXT US!
Read more on our accessibility statement
Start Chat